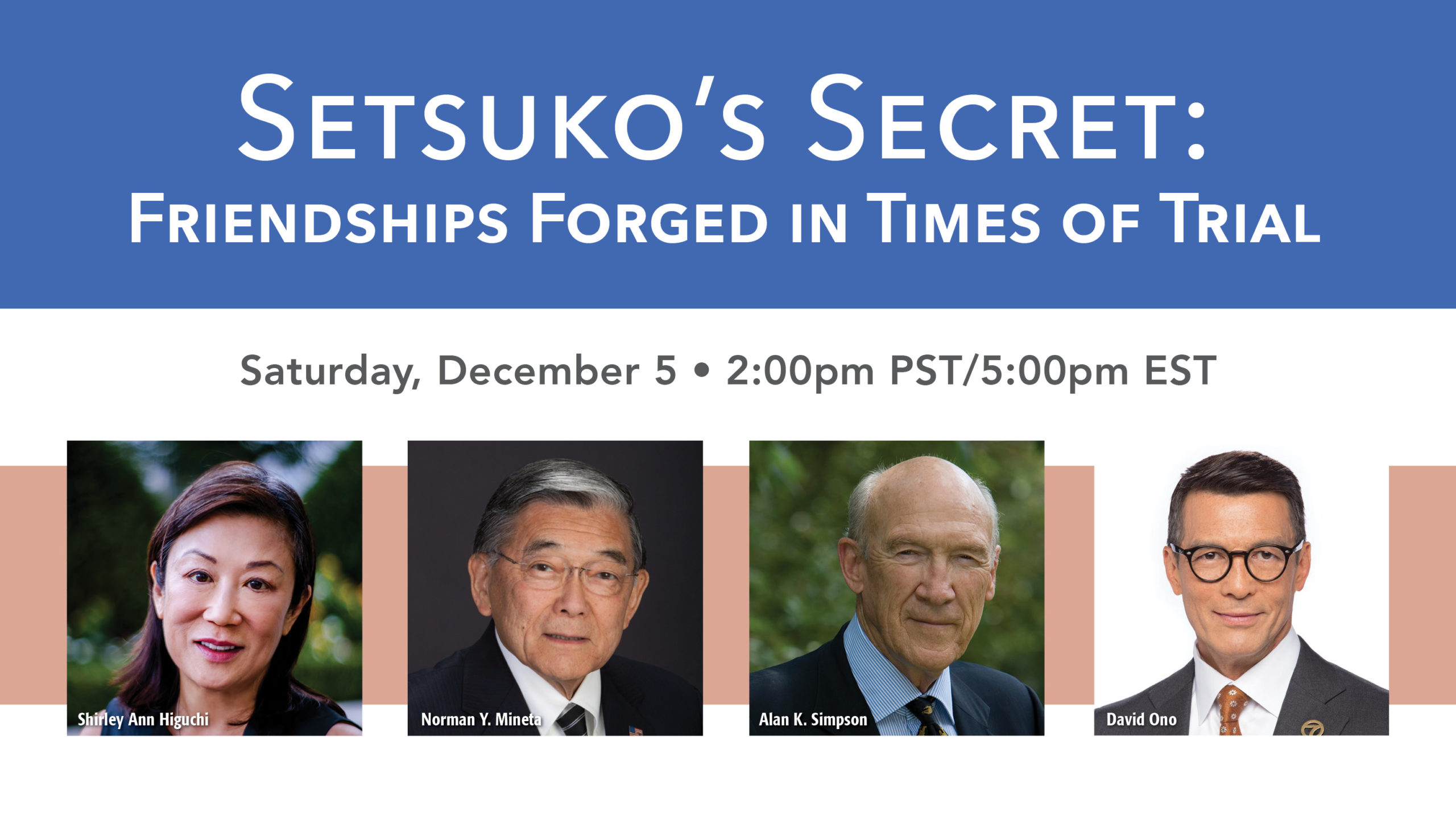 Board chair Shirley Ann Higuchi, author of the new book Setsuko’s Secret: Heart Mountain and the Legacy of the Japanese American Incarceration, will be joined by two legends of Congress and the history of Heart Mountain, Wyoming–Secretary Norman Mineta and Senator Alan Simpson–as they discuss the Japanese American incarceration during World War II and its impact on their lives. Both Simpson and Mineta are prominently featured in the book. Led by David Ono, the evening anchor of ABC7 news in Los Angeles and an award-winning journalist and documentary filmmaker, the panel will discuss the history of the Japanese American experience, the strong bond created by Mineta and Simpson over the years and how it shows how people with differing viewpoints can work together to create a better America, a message that has renewed relevance and urgency today. More details here