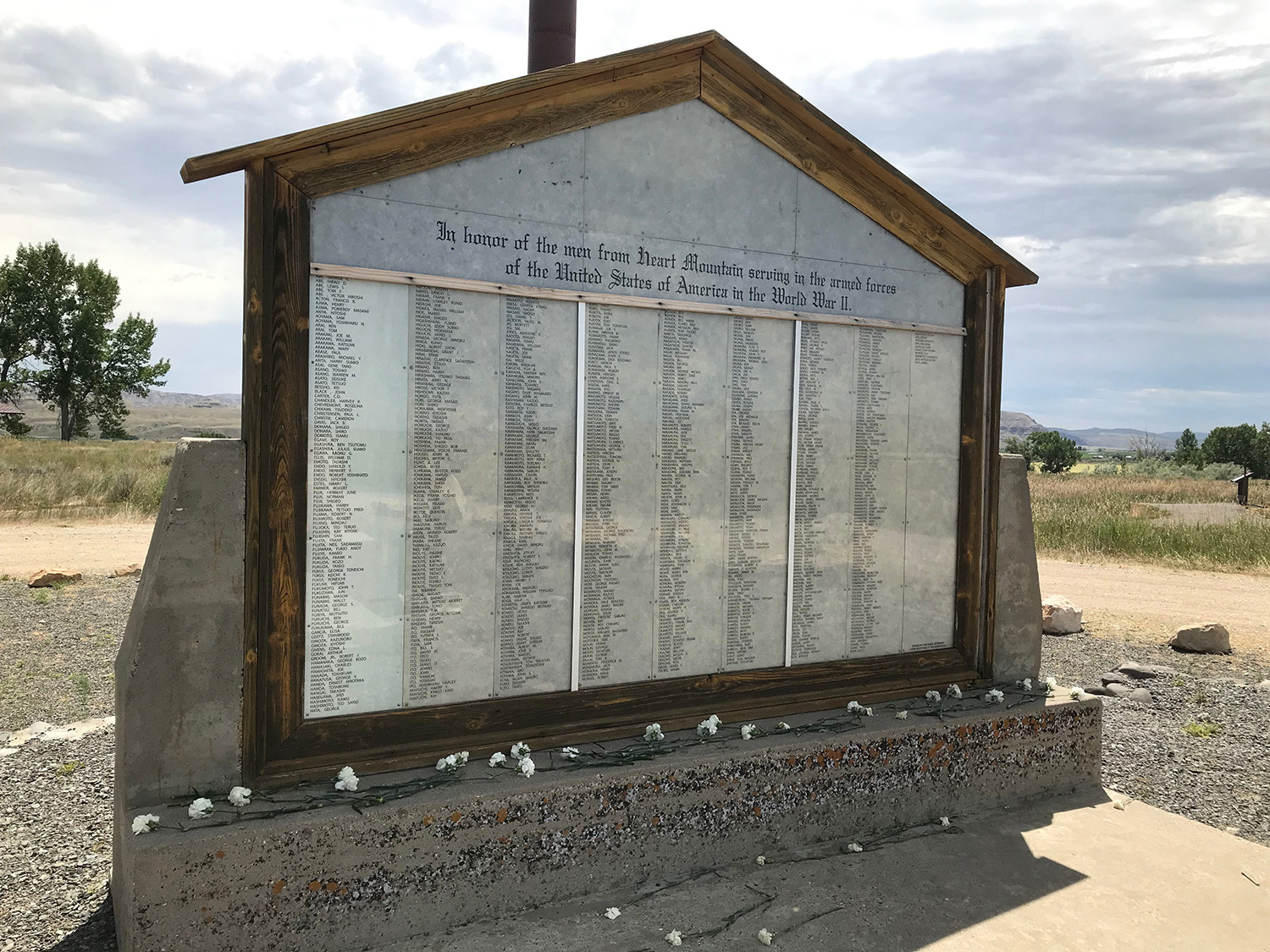 The Heart Mountain Wyoming Foundation offers its thanks and gratitude to the men and women who served in the U.S. Armed Forces during World War II, some of whom made the ultimate sacrifice of their lives. We have prepared a military honor roll to preserve and honor the memory and efforts of these brave souls.

Why does my family member/friend not appear on the physical Honor Roll or the list on this website?

The Honor Roll, located on the hill above the Heart Mountain Interpretive Center, was created by the incarcerees during the WWII era. At that time, they only listed those persons who left directly from Heart Mountain for the purpose of military service, regardless of whether those individuals volunteered or were drafted. They also included non-Japanese American staff and administrators from the camp. The list on this page was derived from the original Honor Roll.
The Honor Roll on-site today has been restored due to deterioration over time and harsh environmental conditions.

Many men and women originally departed Heart Mountain on indefinite leave for other non-military purposes such as:

For those who initially left Heart Mountain for one of these other reasons, induction to service occurred later and therefore the incarcerees did not include them on the original Honor Roll.

We know for certain that many people who were at one time at Heart Mountain served to defend this country during the WWII era, including the Women’s Army Auxiliary Corps (WAAC), and the wars and conflicts since, in addition to those who did not see combat but honorably fulfilled their duty. Absence from the Honor Roll list by no means negates the commitment or service contribution by these men and women.