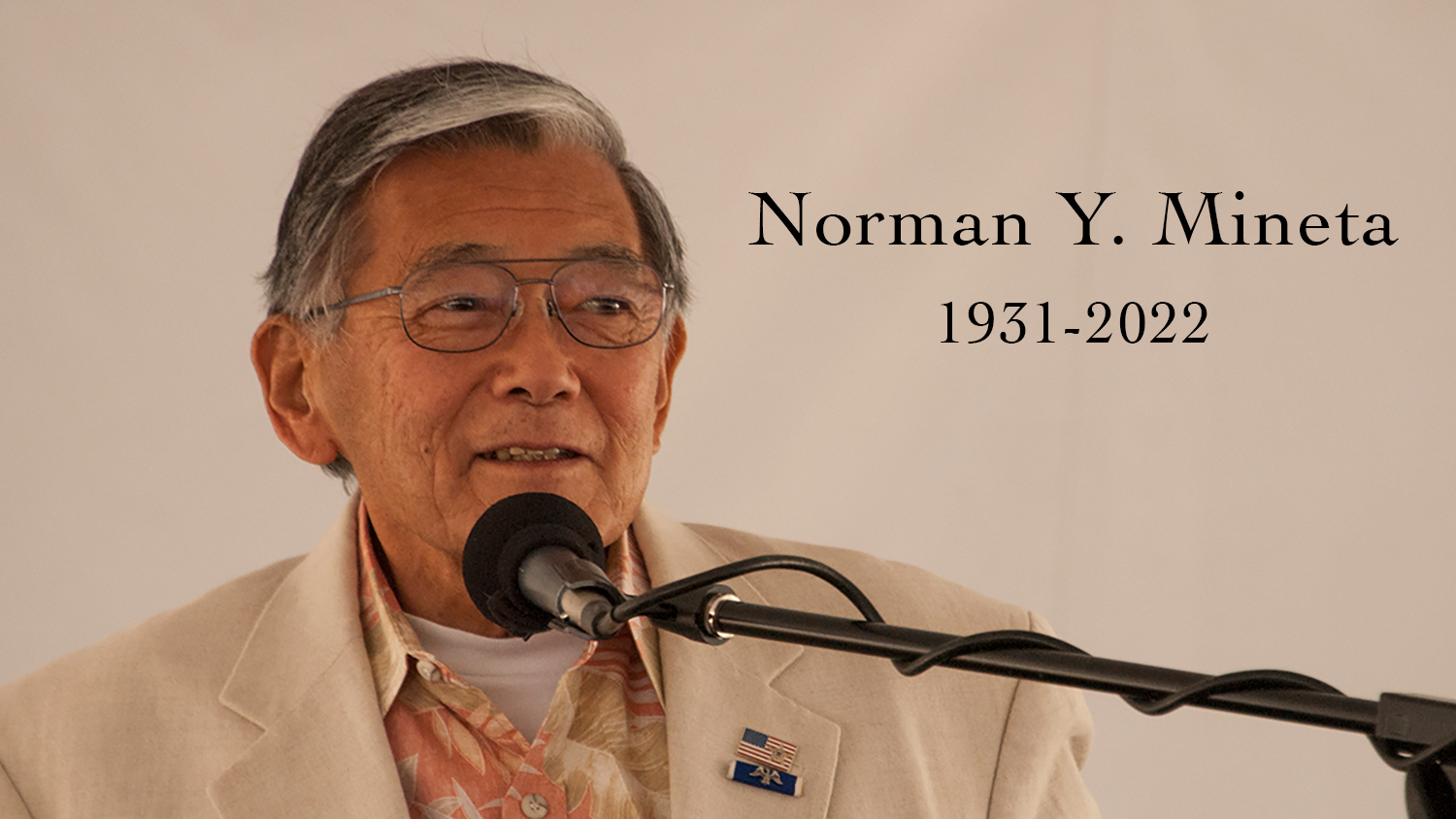 In 1942, when 10-year-old Norman Yoshio Mineta was forced from his home in San Jose and incarcerated at the Heart Mountain concentration camp in Wyoming, his own government refused to acknowledge that he was a U.S. citizen. He was called a non-alien. That is why, until he passed away on May 3, 2022 at age 90, he cherished the word citizen.

We at the Heart Mountain Wyoming Foundation know that Norm was far more than just a citizen. He was a mentor, an inspiration, and a legend. As a member of Congress and a Cabinet officer for a Democratic and a Republican president, Norm exemplified the highest standards of service. He worked across the aisles of Congress to achieve success for all Americans. It is in his spirit that we have created the Mineta-Simpson Institute to help spread the values shown by Norm and his lifelong friend, Senator Alan K. Simpson, whom he met as a Boy Scout while Norm was incarcerated at Heart Mountain in 1943.

Norman Mineta’s passing leaves a gaping hole in our hearts along with the entire Japanese American community. We know life will not be the same without him, but we also recognize that we must use our grief to help us carry on Norm’s legacy and continue to fight for the ideals and values he held so dear.

Vice Chair Douglas Nelson remembered Mineta’s character. “Norman Mineta was not just a great man; he was an extraordinarily good human being,” Nelson said. “His honesty, empathy, warmth, and wisdom inspired everyone who knew him. He embodied what it meant to be a true friend, an honorable leader, and a genuine patriot. His life will be long remembered, not just for his immense achievements, but for showing us what it means to help create a better world for those who will follow us.”

“I was honored to know Norman Mineta,” said the Foundation’s Executive Director, Dakota Russell. “He lived through one of the most cruel and unjust chapters in American history, and yet he never stopped believing in the values of democracy and our capacity to be better than our past.”

Watch a tribute to Norman Mineta:

Learn about the Mineta-Simpson Institute
Back To Top