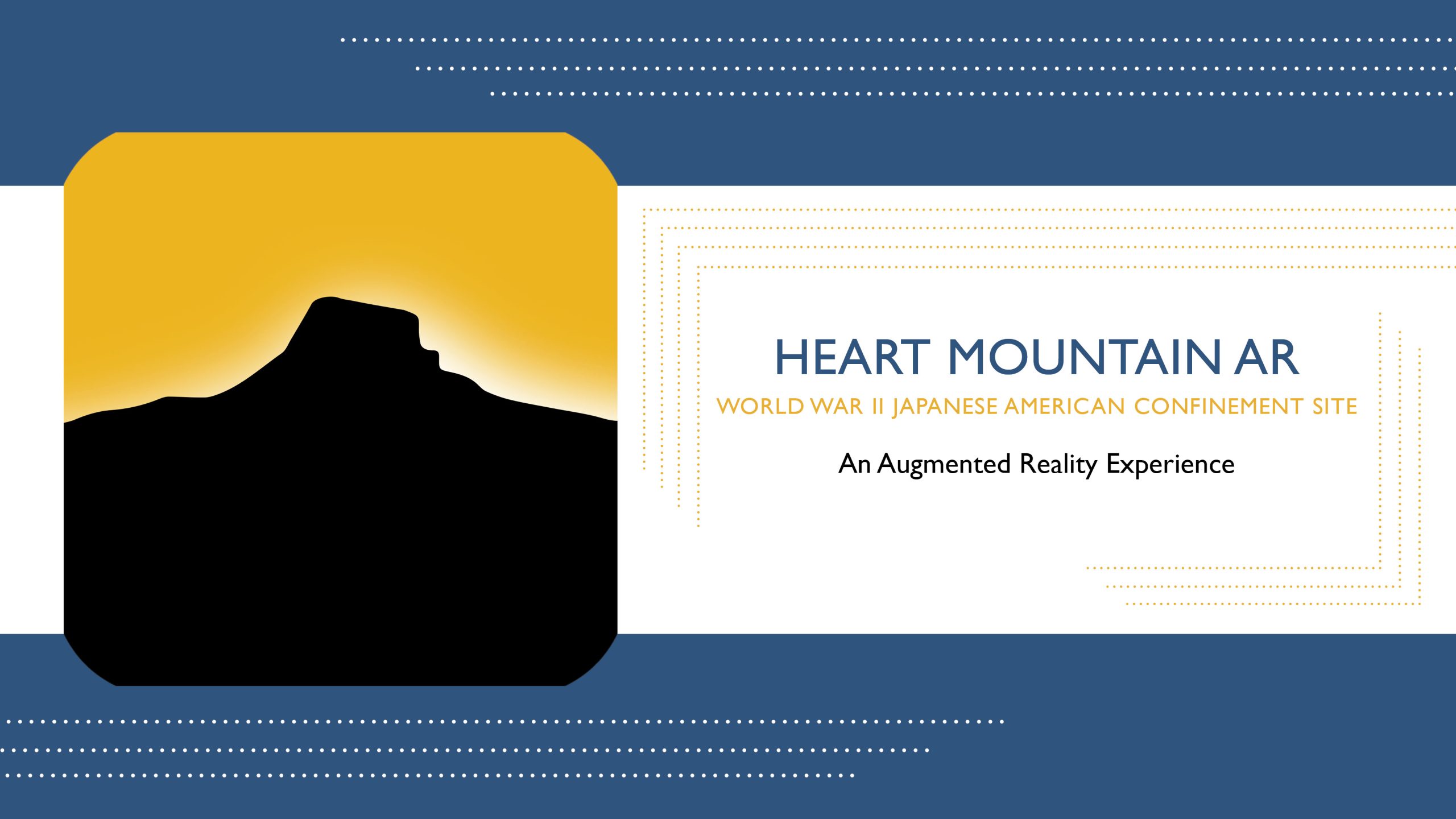 Welcome to the Heart Mountain Augmented Reality tour! Use this free app to glimpse some moments in the lives of the 14,000 Japanese Americans confined at Heart Mountain during WWII.

Augmented Reality, or AR, uses your cell phone camera to tell stories about the past. The tour features 16 separate stops around the grounds of the site (see map below). Once you point your phone at a sign, a real-time 3D animation comes alive featuring scenes from life at Heart Mountain. Scenes on the tour include a scene from the old swimming hole, members of the Heart Mountain Eagles football team playing and a greeting from Takashi Hoshizaki, an incarceree imprisoned in 1944 for resisting the military draft.

Most of the buildings of the Heart Mountain confinement site are gone, but using AR, we can help you envision the places, people and lives that once were here.

The Heart Mountain AR App can be downloaded FREE for use through Apple or Google:

The app works on most iPhones (as well as iPads) from iPhone 6S and up. The list of AR capable devices for Android, while increasing, is comparatively more limited. The surest way to find out if an Android device is AR capable is if the app appears in the Google Play store when searching it by name. If it appears in the Google Play store, this means the device can run the app. If it doesn’t, it means it is not able to. For an extensive list of AR capable Android devices, you can check the following webpage which includes an updated: list https://developers.google.com/ar/devices

Read more about Heart Mountain AR and Jon Amakawa in his article from our magazine, Kokoro Kara.

Kokoro Kara Article
Back To Top