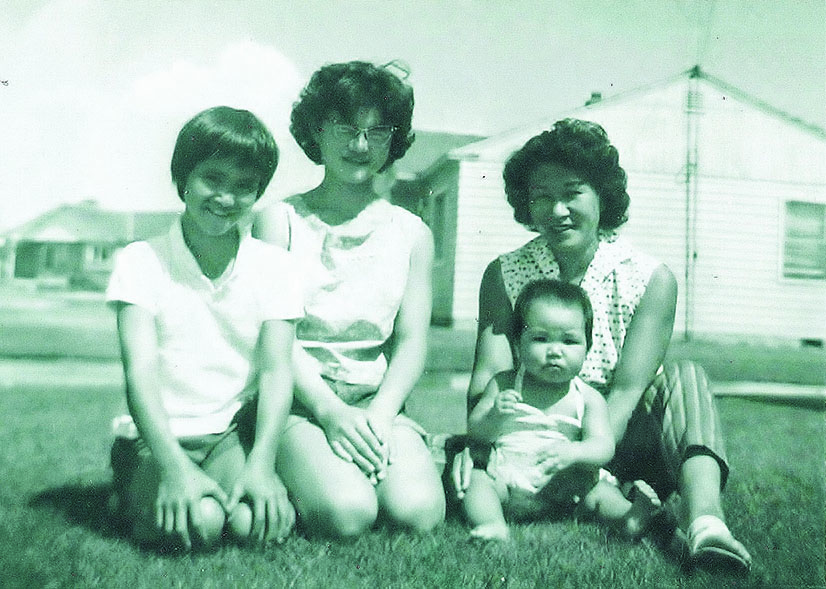 I feel motivated to write this letter in a time that is filled with much fear and confusion. We watch and wait, not knowing what will happen. Seems familiar, as I say it. I think about December 7, 1941.

My Mother was 18 years old in 1941. She was young, beautiful, and full of ambition, having just graduated from West Covina Union High School in California. Her plan was to attend a junior college. Life can change so quickly, and her college plans were interrupted.

A train brought my mother to Heart Mountain on August 19, 1942, along with her mother, Yoshiye, and brothers: Masao, George, Dave, and Yoshio. With her freedom taken away, she began a new way of life within a fenced compound, quietly, and without drawing attention to herself. Two of her brothers (David Mitsuo Tsuruda and Yoshio Tsuruda) joined the Army and fought with the 442nd…that must have generated some confusing thoughts. I wonder how she felt about that situation.

After two years at Heart Mountain, she was released and moved to Idaho Falls, Idaho, where she was able to find work and begin a new life. Our mother always had such a strong will to work hard and prioritized taking care of her family and making a home in Idaho with first husband Mas Kuwana and later, second husband Dave Ueda. She had a difficult life though, and endured so many hardships. On October 13, 1948, she experienced the loss of twin daughters, born prematurely. They only survived one day.

I am grateful to the Heart Mountain Wyoming Foundation and similar organizations for keeping the memories and experiences of the incarcerees alive. Because of the work to honor those affected by this part of our history, there are actual places to visit where we can explore and remember where my mother and so many were wrongfully imprisoned. The first time I walked into the interpretive center, I was flooded with so many feelings. It is so hard to express what they were—my heart was racing and I started crying. As I noticed the sign that read “I am an American,” I was overwhelmed. I searched for my mother’s name in the roster book that listed all the incarcerees at Heart Mountain. There it was, Dorothy Itsuko Tsuruda, right next to her family number, 12066.

I looked at the pictures as we walked through the center…many were of the incarcerees standing together. I thought, “she’s in there somewhere—is that her? I think it might be her.” I walked the path on top of the hill between the Honor Roll and the chimney at the hospital, and imagined Mom walking the same steps.

My sisters and I always appreciated our mother’s strength and determination. However, as we watched her health decline in her early 50s, we realized that some things cannot be changed—such as the past—and some things are out of our control—such as the future. She fought a long battle with crippling arthritis and cancer, and passed away at age 53. Gone too soon, but not forgotten.

All photos are courtesy of Cathy Dumont