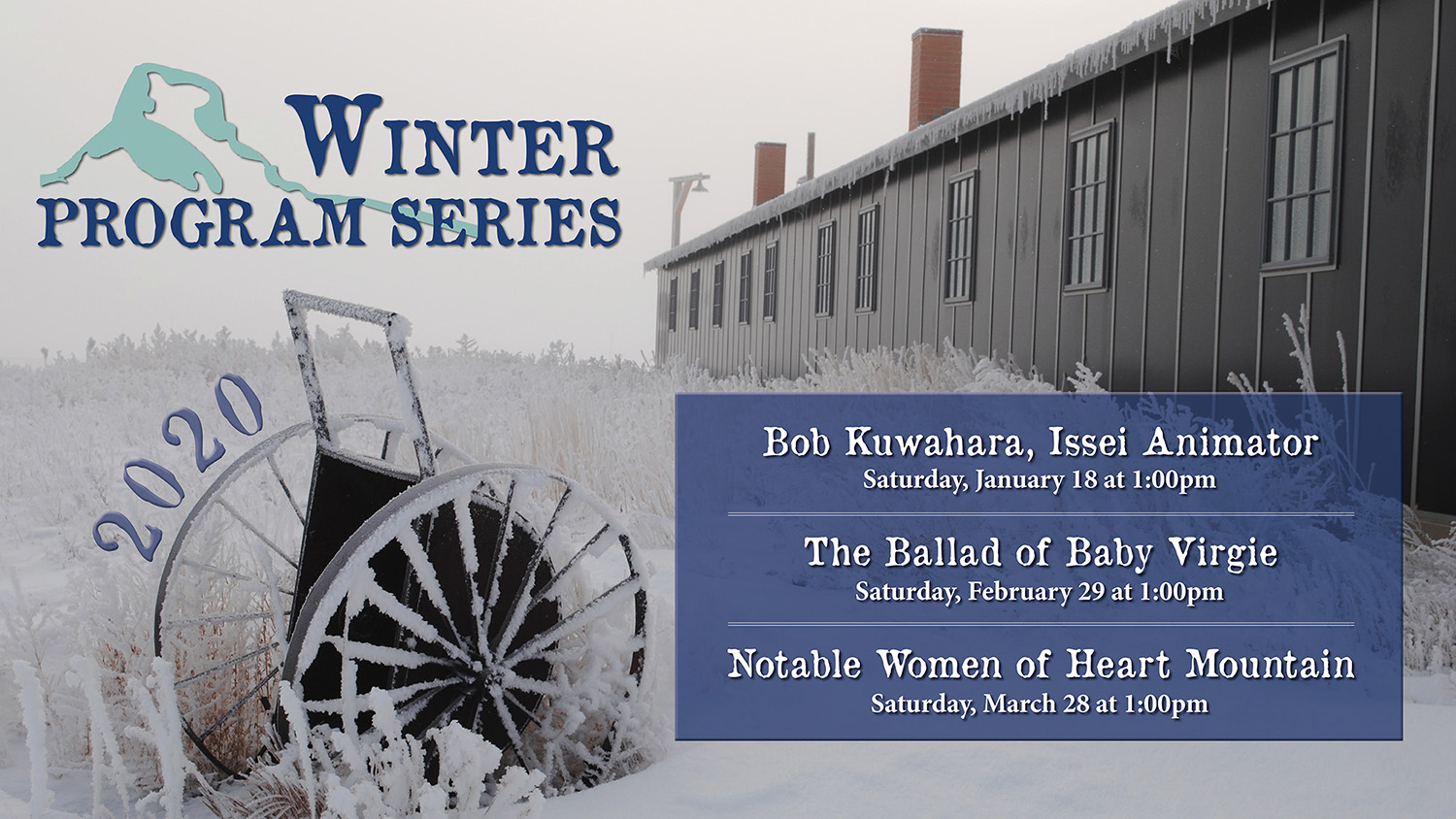 Heart Mountain Interpretive Center will host three special programs this winter, each examining a different aspect of the history of the Heart Mountain World War II Japanese American confinement site. The center’s executive director, Dakota Russell, will present the programs “Bob Kuwahara: Issei Animator” on Saturday, January 18; “The Ballad of Baby Virgie” on Saturday, February 29; and “Notable Women of Heart Mountain” on Saturday, March 28. All programs will begin at 1 p.m. and are free with museum admission.

The first program in the series will focus on the life and work of Issei animator Bob Kuwahara. Kuwahara worked making cartoons for Disney and MGM until, in 1942, he and his family were sent to Heart Mountain because of their Japanese ancestry. After the war ended, Kuwahara relocated to New York and created the Hashimoto-San cartoon series, which is regarded as one of the first positive portrayals of Japanese life and culture in Western media. Select shorts from the Hashimoto-San series will be shown as part of this presentation.

Russell says that focusing on stories like Kuwahara’s are the reason he started the winter program series. “As big as our museum is, we aren’t always able to tell these kinds of individual stories,” says Russell. “I want to highlight some of the parts of this history that don’t always get the attention they deserve.” The second program in the series will highlight the work of the camp’s social welfare department, and the final program will look at the lives of some of Heart Mountain’s most influential women.

All three programs are free with museum admission. Visitors may also purchase a $9.00 “season pass” at the interpretive center that will cover admission for the entire series. Admission is free for Heart Mountain Wyoming Foundation members.

More information about each program HERE