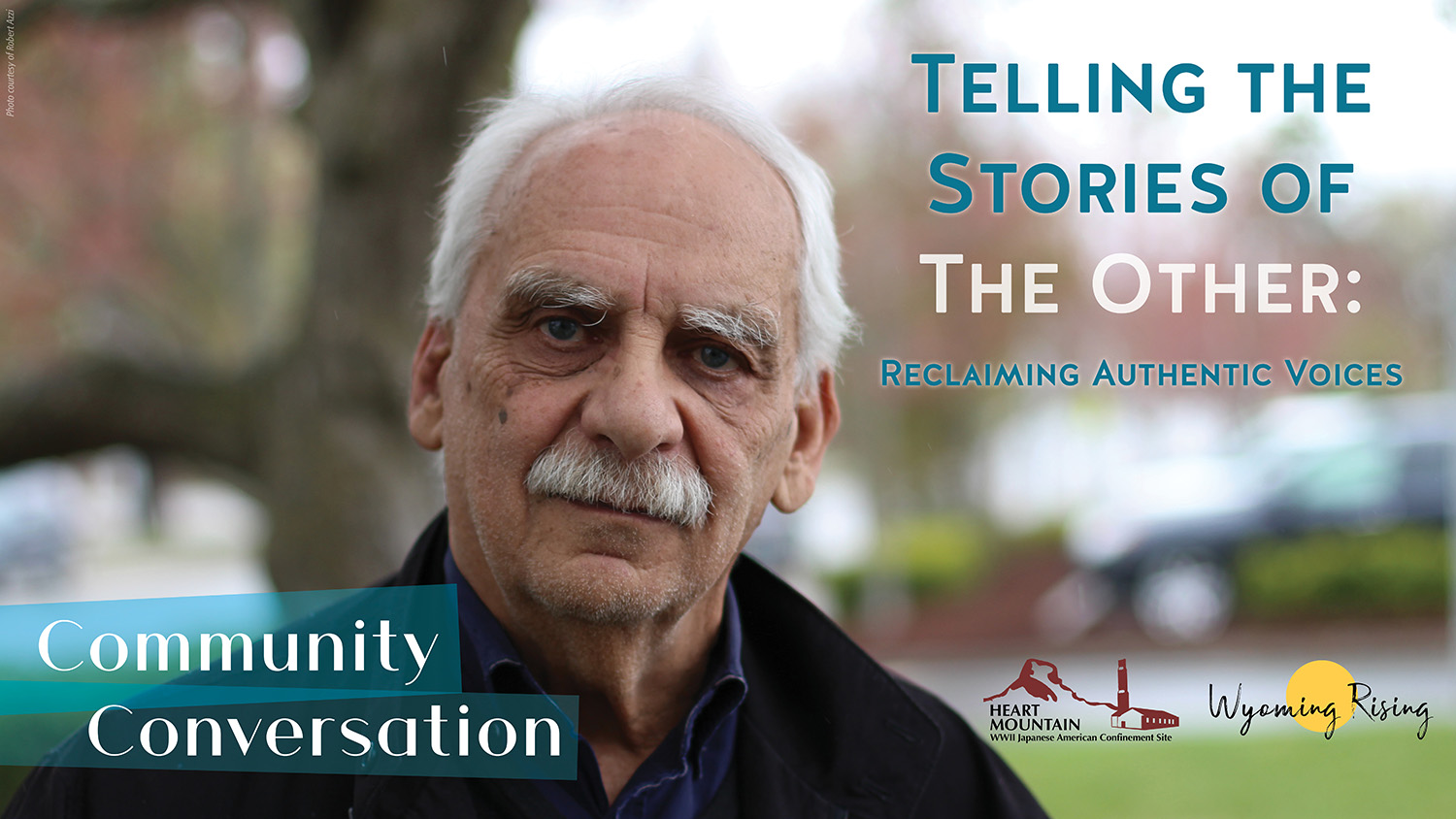 The Heart Mountain Wyoming Foundation and Wyoming Rising will host a community conversation with guest speaker Robert Azzi on Thursday, September 26. “Telling the Stories of The Other: Reclaiming Authentic Voices” will explore American history from a new perspective, through the words of the exploited or oppressed. The talk is free and open to the public, and will begin at 7 p.m. at Heart Mountain Interpretive Center.

Robert Azzi is a photojournalist, columnist, and public speaker who lives in Exeter, New Hampshire. As an Arab American Muslim, Azzi writes and talks about issues of Islam, identity, and conflict, particularly as they apply in the Middle East and the Global South. Born in New Hampshire, Azzi has lived in Beirut, Cairo, Athens, Jeddah, and New York. Azzi will be visiting Powell, Cody, and Billings the week of Sept 22-27 and leading a series of community conversations on American history, tolerance, and interfaith dialog.

Dr. Nicholas Morris formerly of Powell, a longtime friend of Azzi’s was instrumental in bringing him to Wyoming to speak. Morris said Azzi’s talks are important in giving voice to groups that have historically been silenced. “Through his writing, speaking, and photography, Robert Azzi is an undaunted champion of ‘the other,’” Morris said, “those marginalized, disenfranchised, and otherwise treated as unequal.”

Wyoming Rising, a grassroots organization dedicated to giving all citizens a voice in their community, is co-sponsoring the program with the Heart Mountain Wyoming Foundation. Dakota Russell, the foundation’s executive director, said the interpretive center is pleased to host programs like this one. “Equality and democracy are core American values,” Russell said, “and in order to uphold them, we have to come to terms with the mistakes of our past. Open and respectful dialogue about these issues is key, and I think this program will encourage that conversation.”