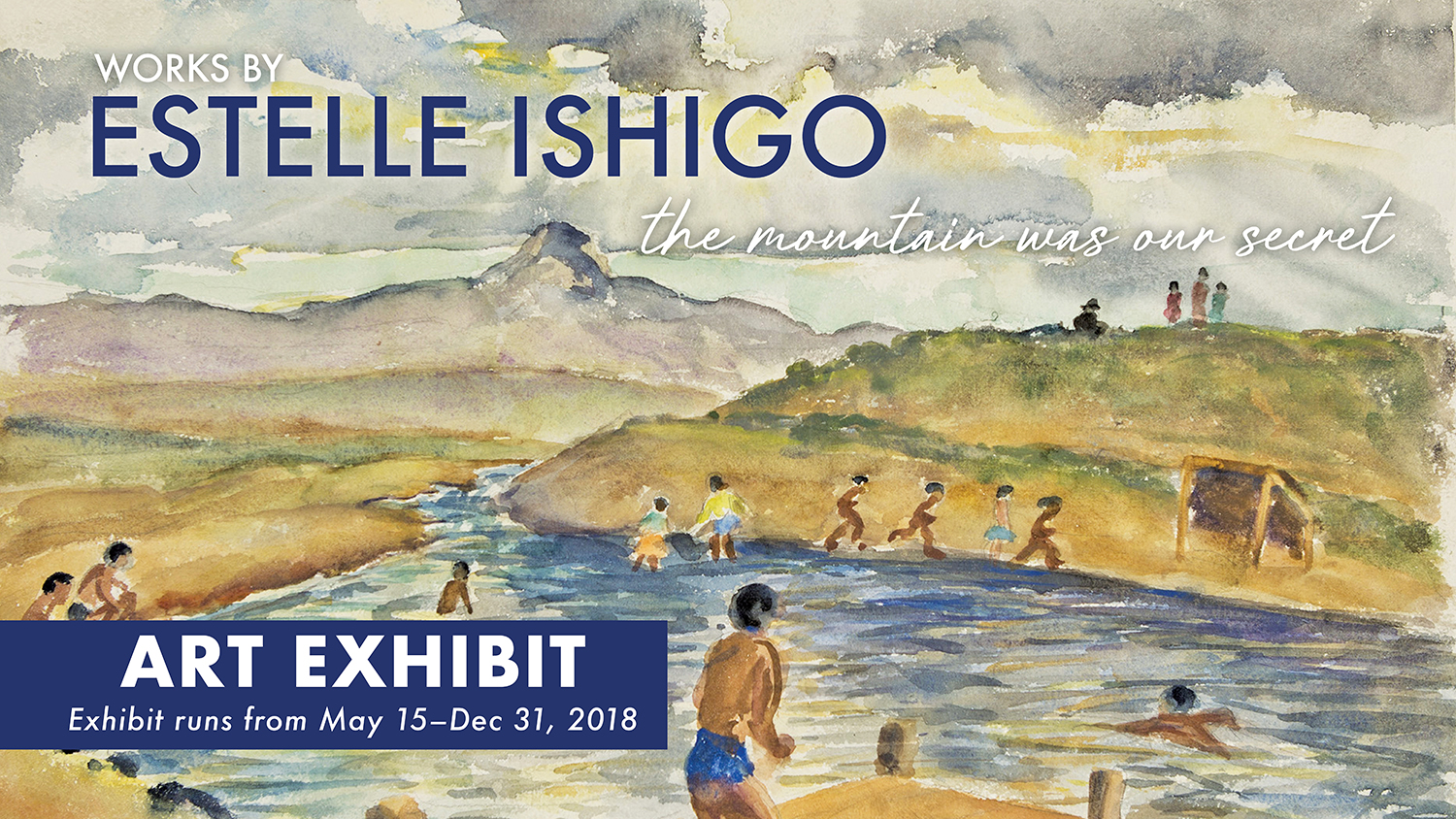 In May of 2018, Heart Mountain Interpretive Center opened a major special exhibit, “The Mountain Was Our Secret: Works by Estelle Ishigo.” The exhibit, which ran through the end of the year, featured ten watercolor paintings and nine pencil sketches Ishigo made while incarcerated at Heart Mountain. Most of these pieces had never before been publicly exhibited.

Estelle Ishigo was one the few white women held at Heart Mountain. When Estelle’s Japanese American husband, Arthur, was ordered from their Los Angeles home in the spring of 1942, Estelle could not bear to leave his side. She wrote the government and asked if she could go with him to Wyoming. The government consented, but warned her she would be treated just as any other incarceree. At Heart Mountain, Estelle spent much of her time capturing scenes of everyday life in the camp through her art.

The watercolors featured in this exhibit traveled a particularly long path back to Heart Mountain. Estelle left them in the care of Allen Eaton, who was working on a book about art inside the camps. Eaton died without returning them, and the paintings passed into the hands of his descendants and, later, family friends. The watercolors resurfaced, alongside many other artifacts Eaton had collected, as part of an art auction in 2015.

The Heart Mountain Wyoming Foundation protested the auction, joining forces with the Japanese American National Museum (JANM) in Los Angeles and the activist group Japanese American History: Not For Sale. Facing a legal injunction from Heart Mountain, the sellers called the sale off and arranged for the Eaton Collection to be acquired by JANM instead. JANM had the watercolors conserved, and then loaned them to Heart Mountain.

The loan inspired HMWF Advisory Council member Bacon Sakatani to make a gift of his own. Sakatani had been a close friend of Estelle’s late in her life, and she passed on to him 137 original pencil sketches she made in camp. With a new exhibit in the works, Sakatani decided the time was right to donate these important pieces to Heart Mountain.

The exhibit’s opening event featured a presentation by Sakatani about Estelle’s life and work. Additionally, HMWF Chair Shirley Ann Higuchi presented on the history of the Eaton Auction and Heart Mountain’s role in stopping it. Attendees then had an opportunity to mingle and view Estelle’s work. For the Nisei in attendance, her vivid paintings brought back memories of freezing marches to the mess halls or summer days spent beside the camp’s swimming hole. Listening to their stories, the crowd was struck by what a rare window into the past Estelle’s art offered, and how very close we came to losing these priceless glimpses forever.