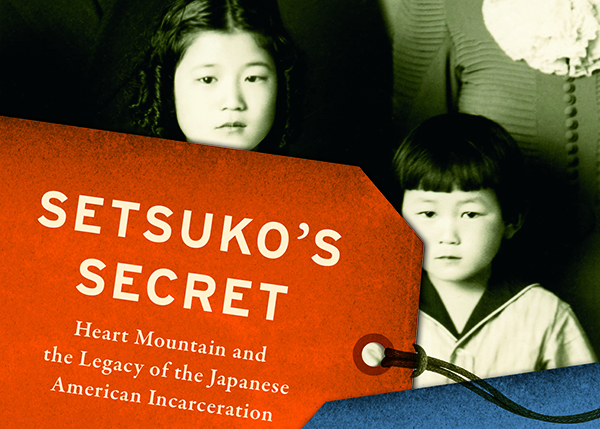 Setsuko’s Secret: Heart Mountain and the Legacy of the Japanese American Incarceration

Author Shirley Ann Higuchi, chair of the Heart Mountain Wyoming Foundation, uncovers her family’s past and embarks on a transformational journey as she learns about the Japanese American incarceration during World War II and what happened to her family and those of other former incarcerees.

As children, Shirley Ann Higuchi and her brothers knew Heart Mountain only as the place their parents met, imagining it as a great Stardust Ballroom in rural Wyoming. As they grew older, they would come to recognize the name as a source of great sadness and shame for their older family members, part of the generation of Japanese Americans forced into the hastily built concentration camp in the aftermath of Executive Order 9066.

Only after a serious cancer diagnosis did Shirley’s mother, Setsuko, share her vision for a museum at the site of the former camp, where she had been donating funds and volunteering in secret for many years. After Setsuko’s death, Shirley skeptically accepted an invitation to visit the site, a journey that would forever change her life and introduce her to a part of her mother she never knew.

Navigating the complicated terrain of the Japanese American experience, Shirley patched together Setsuko’s story and came to understand the forces and generational trauma that shaped her own life. Moving seamlessly between family and communal history, Setsuko’s Secret offers a clear window into the “camp life” that was rarely revealed to the children of the incarcerated. This volume powerfully insists that we reckon with the pain in our collective American past.

Buy the book from your favorite bookstore and read it…take a photo of yourself with your book and send it to us (we will ask for your permission to post on our social media). You’ll receive a signed book plate and registration to join the virtual book meeting with Shirley on January 2, 2021 (Setsuko’s birthday).

Check out the Setsuko’s Secret website for more details.

“As a former incarceree of Heart Mountain, reading this was tremendously gratifying. In this deeply researched and compellingly written history, Higuchi captures the tragedy and triumph of the Japanese American experience and incarceration.”

“Only Shirley Ann Higuchi could tell so powerfully a story so needed to be told. This is the culmination of her vision and mission–to honestly share the deep passion of a proud family heritage forged in the saddest of times.”