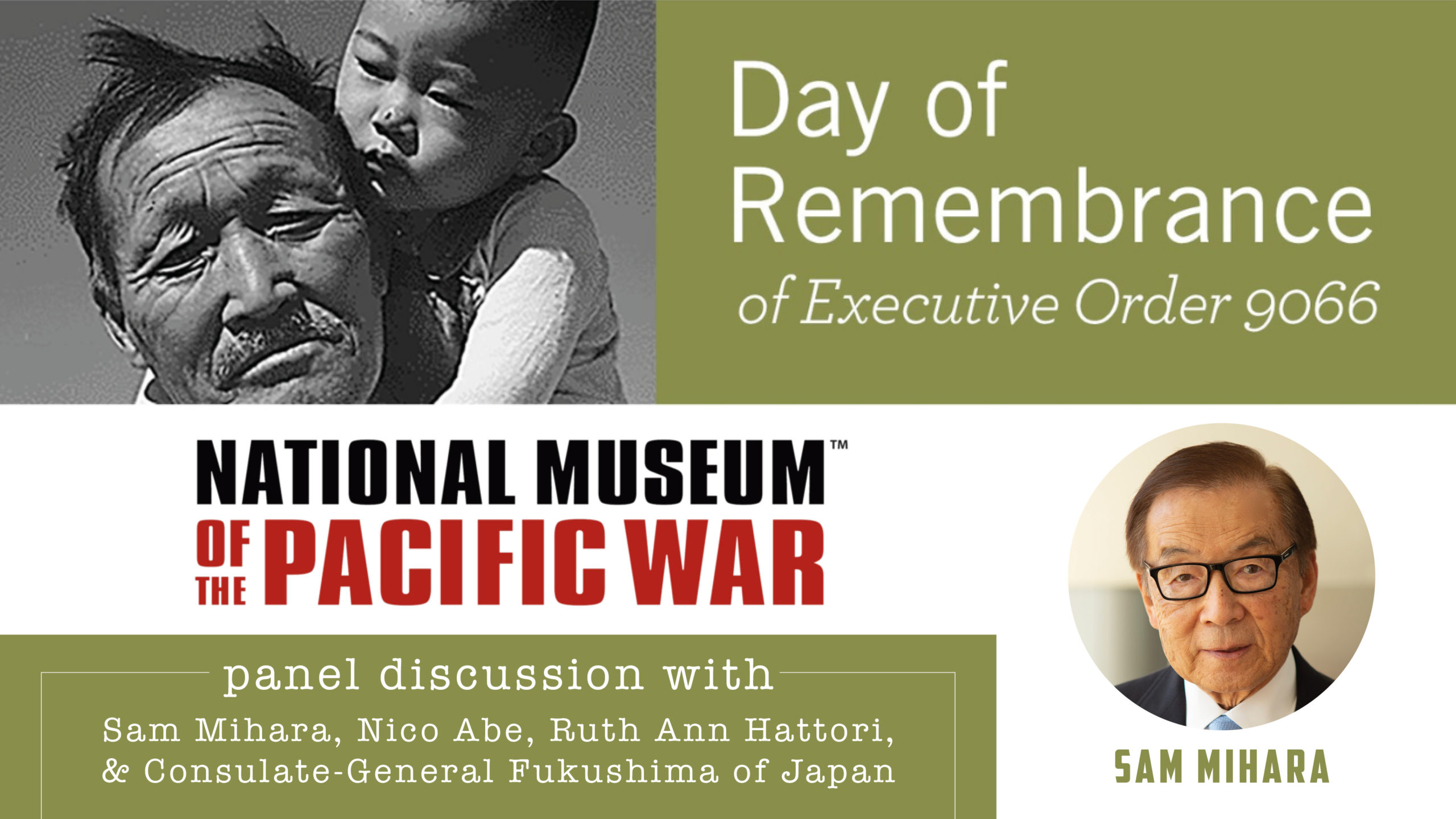 The National Museum of the Pacific War is commemorating the 79th anniversary of the signing of Executive Order 9066 with a “Day of Remembrance” program that will be presented on Zoom. The program will include a short video by Consulate-General Fukushima of Japan in Houston followed by a “conversation” among three panelists who represent three generations of Japanese Americans who have direct connections to the internment experience.

Sam Mihara was a child prisoner during WWII at Heart Mountain. Today, he serves on the Board of Directors of the Heart Mountain Wyoming Foundation and is a frequent speaker on the WWII incarceration experience.

Nico Abe is a student at San Francisco State University and filmmaker who produced a film about his grandparents’ WWII experience. Nico’s grandfather lived on Oahu and witnessed part of the attack on Pearl Harbor in December of 1941, and his grandmother, like Sam, lived on the West Coast and was a child incarceree.

Our moderator Ruth Ann Hattori, a third generation Japanese American, is the daughter and niece of Japanese Canadian prisoners during World War II at a prison camp in British Columbia.

There will be a Q&A at the end of the conversation featuring all four of our panelists.

This event is FREE but registration is required.

Register for the event here
Back To Top