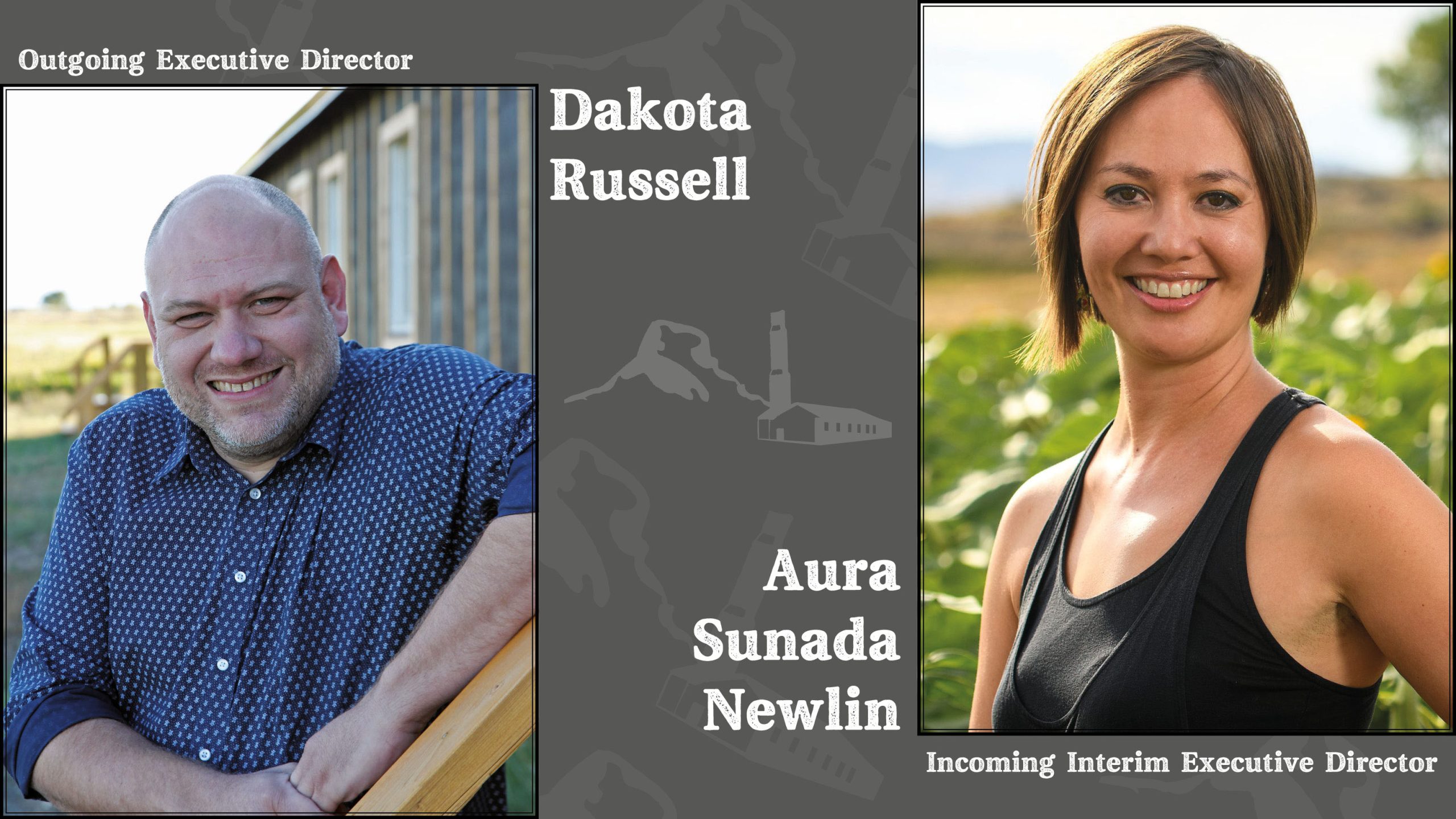 Dakota Russell, executive director of the Heart Mountain Wyoming Foundation, will leave his position May 31 to assume the leadership of the House of the Seven Gables Settlement Association in Salem, Mass.

Aura Sunada Newlin, secretary of the Foundation’s Board of Directors and descendant of Heart Mountain incarcerees, will take the helm as Interim Executive Director.

Russell joined Heart Mountain in 2016 as museum manager and became executive director in 2018. He has led the Foundation’s restoration of the original 1942 barrack and 1943 root cellar and expanded its national and international outreach activities. He has also made significant progress in its capital campaign to build the Mineta-Simpson Institute at Heart Mountain, which will host workshops and create programming designed to use the lessons of the past to build a better future. Groundbreaking for the new wing will take place July 30 at the annual Heart Mountain Pilgrimage.

Russell leaves the Foundation in a position of strength. “It is bittersweet to be leaving,” Russell said, “but I am proud of what we’ve been able to accomplish in my time here. Heart Mountain is now a national leader in educating about the incarceration of Japanese Americans during World War II, and telling that story is more important than ever.”

Sunada Newlin, a Foundation board member since 2013, is a Wyoming native and teacher of Asian American studies at the University of Wyoming. She was previously a tenured faculty member in anthropology and sociology at Northwest College and is a longstanding board member of the National Consortium on Racial & Ethnic Fairness in the Courts.

Sunada Newlin said she is resolute in her commitment to Heart Mountain’s continued success. “I take this responsibility seriously and will do what it takes to advance the Foundation’s mission.”

“I’m forever in Dakota’s debt for his multifaceted contribution to our foundation and museum, and we are thrilled that Aura is taking on this post with her considerable accomplishments,” said Shirley Ann Higuchi, chair of the Foundation board.

Douglas Nelson, vice chair of the Foundation board, said Russell made “huge contributions to building our future, and we’re grateful for Aura agreeing to step in. She’ll do a wonderful job.”