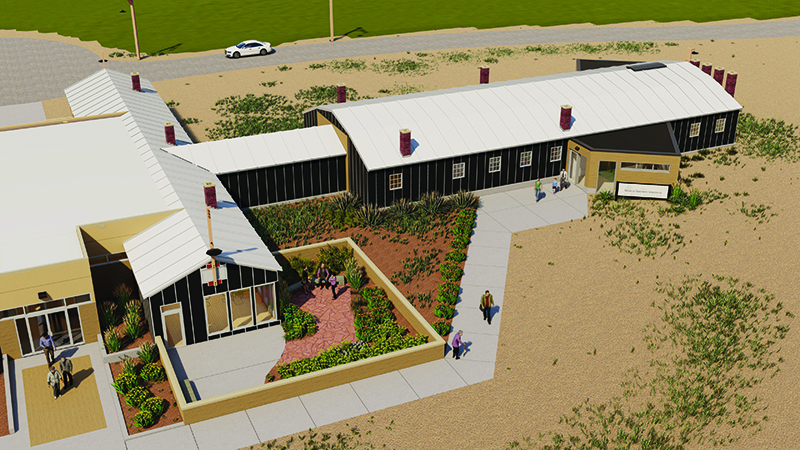 The Heart Mountain Wyoming Foundation has received a $3.175 million grant from the Mellon Foundation, which will enable the foundation to take a giant step toward building the new Mineta-Simpson Institute and Conference Center at Heart Mountain.

The grant is part of Mellon’s Monuments Project, a $250 million effort to transform the nation’s commemorative landscape by supporting public projects that more completely and accurately represent the multiplicity and complexity of American stories.

Named in honor of the late Secretary Norman Mineta and former Senator Alan Simpson, the Mineta-Simpson Institute will convene workshops for educators and civic leaders, create programming to educate the world about the Japanese American incarceration and promote bi-partisan efforts to combat the kind of racism and xenophobia that led to this massive violation of civil and human rights.

It is the largest grant received by Heart Mountain since its creation in 1996.

“Thanks to the Mellon Foundation, we are on the way toward realizing our dream to create the Mineta-Simpson Institute and help share the ideals exemplified by these two great Americans,” said Shirley Ann Higuchi, the chair of the Heart Mountain Wyoming Foundation.

Aura Sunada Newlin, the foundation’s acting interim director, said the grant is another validation of everything the Heart Mountain Wyoming Foundation has done to tell the story of what happened to 14,000 Japanese Americans here during World War II. “We’re so happy the Mellon Foundation has joined us on this journey,” she said.

“The Mellon Foundation’s pivotal gift will allow Heart Mountain to become an important player in reminding Americans of the awful consequences that follow when leaders and citizens allow racial and ethnic hatred to go unchecked” said Douglas Nelson, the foundation’s vice chair.

Groundbreaking for the Mineta-Simpson Institute will take place during the annual Heart Mountain Pilgrimage at our site on July 30. It will be attended by Senator Simpson and members of the Mineta family. For more details on the event, see our Pilgrimage page.