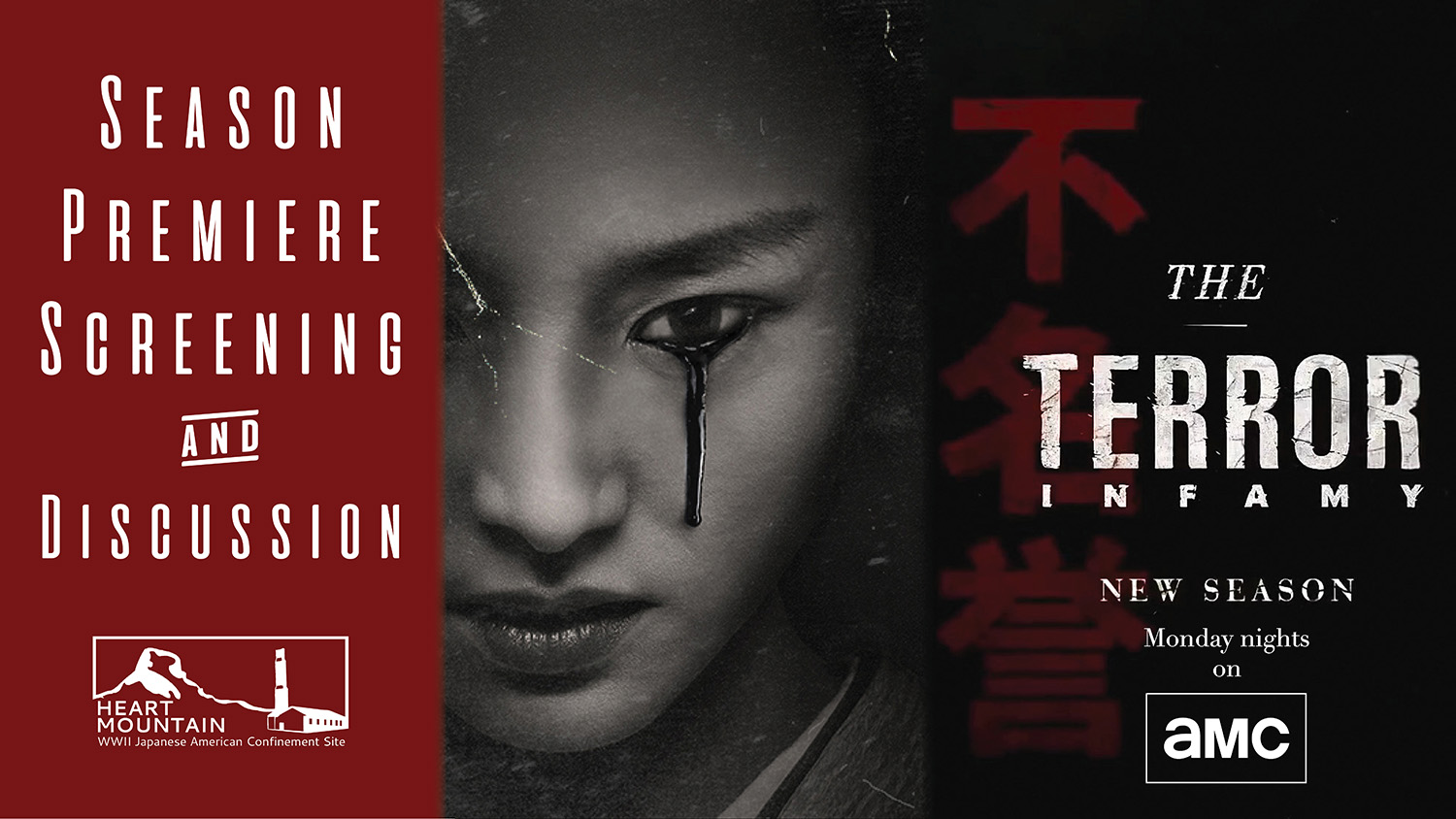 Heart Mountain Interpretive Center will host a screening of the season two premiere episode of AMC Networks’ anthology series, “The Terror: Infamy,” on Friday, August 16 at 7 p.m. The screening is free of charge and open to the public, and will be followed by a discussion of the series and the historical events it depicts. Light refreshments will be served.

Set during World War II, “The Terror: Infamy” centers on a series of bizarre deaths that haunt a Japanese American community, and a young man’s journey to understand and combat the malevolent entity responsible. The series follows Chester Nakayama and his friends and family from Terminal Island, California, as they face persecution from the American government and battle the evil spirit that threatens their future. “The Terror: Infamy” tells the often overlooked story of Japanese American incarceration and asks what it truly means to be an American. The series is rated TV-14, and contains material that parents or adult guardians may find unsuitable for children under the age of 14.

Dakota Russell, executive director of the Heart Mountain Wyoming Foundation, hopes that this supernatural twist on historical events will create wider awareness of what happened to Japanese Americans during World War II. “I think this series will expose new audiences to this story, and that they will come away eager to learn more,” Russell said.

Russell will help to provide historical context to the series and answer viewers’ questions during a short discussion following the screening. Russell will be joined by Aura Newlin, who serves on the Foundation’s board of directors. Newlin, a Wyoming native of Japanese ancestry, had family members who were confined at Heart Mountain. She is a professor of anthropology and sociology at Northwest College in Powell.