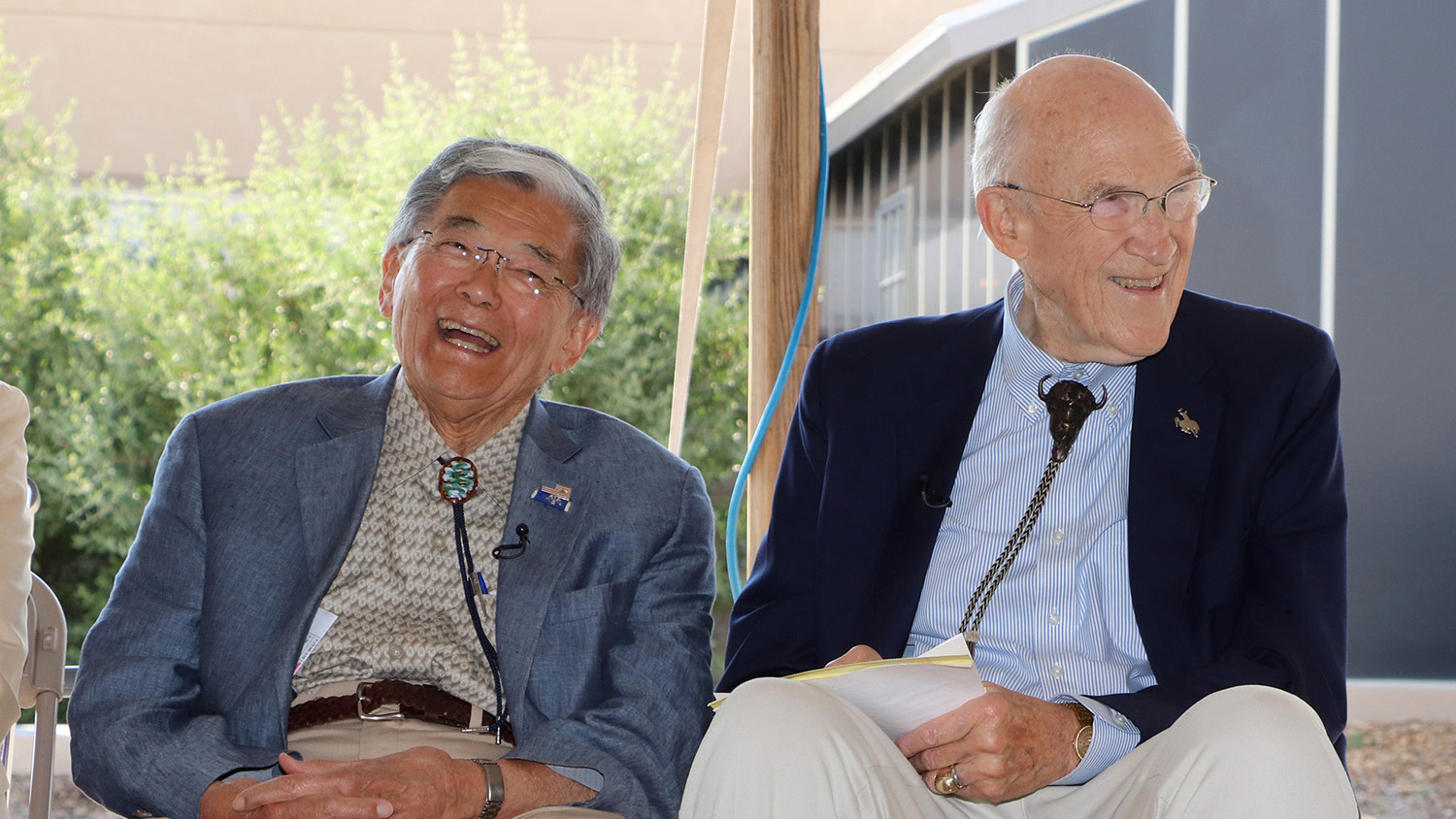 The Heart Mountain Wyoming Foundation congratulates former Wyoming Senator Alan K. Simpson for being named as one of 17 Americans who will receive the Presidential Medal of Freedom from President Joseph Biden.

A White House announcement released Friday named Simpson, a native of Cody, as one of those who will receive the nation’s “highest civilian honor, presented to individuals who have made exemplary contributions to the prosperity, values, or security of the United States, world peace, or other significant societal, public or private endeavors.”

We can’t think of a more deserving recipient than Al Simpson, whose work on behalf of our foundation has helped us build a world-class interpretive center on the site of where almost 14,000 Japanese Americans were incarcerated during World War II.

As a Boy Scout in 1943, Simpson met his lifelong friend Norman Mineta during a Boy Scout jamboree behind the barbed wire at Heart Mountain. Together, they helped pass the 1988 Civil Liberties Act, which apologized to former incarcerees and paid them $20,000 each.

In honor of the lives and careers of Simpson and Mineta, who passed away at age 90 in May, the Heart Mountain Wyoming Foundation has created the Mineta-Simpson Institute at Heart Mountain. Groundbreaking for the Institute will be held during our annual pilgrimage July 28-30. Simpson and members of the Mineta family will attend.

The award will be presented July 7 at the White House.

“President Biden’s selection of Alan Simpson, a Republican, to receive this great honor is a sign that he understands and appreciates the power of cooperation and civility,” said Shirley Ann Higuchi, chair of the Heart Mountain Wyoming Foundation. “That’s what the Mineta-Simpson Institute is all about.”